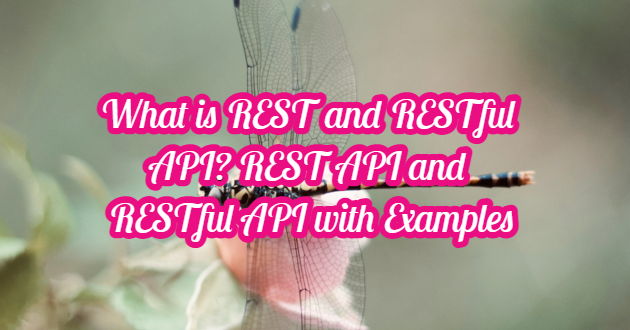 REST (Representational State Transfer) was introduced and described by Roy Fielding in his doctoral dissertation in 2000. REST is an architectural style used to design distributed systems.

What is RESTful API?

How should RESTful URL Structure be?

We should avoid complex naming and unnecessary parameters over the URL. For example, when we examine the following endpoint;

When we make a GET request, we want it to bring the record with 123 ids in “Users”, even if we make a DELETE request at the same endpoint, we delete the user with 123 ids. We should think of the URLs we create on the API as a sentence as much as possible.

APIs with the contents below are called RESTful APIs. If even one of the items is not provided, the API loses its “RESTful” feature. We recommend that you know these items in order to distinguish whether an API is a RESTful API or a REST API.

Client and Server: Client deals with front-end, server deals with back-end. Both can be changed independently of each other.

Statelessness: The storage data of the client’s query and session state is not hosted on any server.

Caching: Clients can cache the response to improve performance.

Layered System: The client cannot tell whether it is connected to the trailing server or an agent during the in-between process.

Code on demand: Servers can send, extend, or customize code by temporarily executing the client’s functionality.

It represents the immutable foundations of the RESTful API. This interface simplifies the architecture and divides it into parts. In this way, each side can develop independently from each other. There are four limitations to the invariant interface. We will continue this article with separate items, but the “unchanging interface” is the basis of a RESTful API. These features are not independent of the list above.

Resource Determination: Resource identification is essential for the RESTful API. Resources are determined by requests. This is usually accomplished using the uniform resource identifier, URI, that does not change in web-based systems. References are not the same as presentations. The server can send the result data from the database as HTML, JSON or XML, although none of them has an internal presentation.

LEARN MORE  What is the Windows 10 Sandbox Feature and How is it Used?

Manipulation of resources through these representations: If any client has a representative source with linked metadata, it has enough information to modify or delete the resource.

Self-explanatory messages: All messages have enough information on how to handle them. For example, it is determined by an internet media type that the parser will run.

Hypermedia as application state engine: Clients can make the status change with dynamic actions determined by the server.

The following items are not mandatory rules. They have accepted patterns that are preferred to follow when developing a Restful API.

Thus, when you look at the URL, you can easily understand what it does.

How to Install Wireshark? 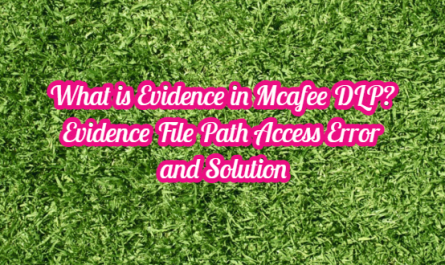 What is Evidence in Mcafee DLP? Evidence File Path Access Error and Solution