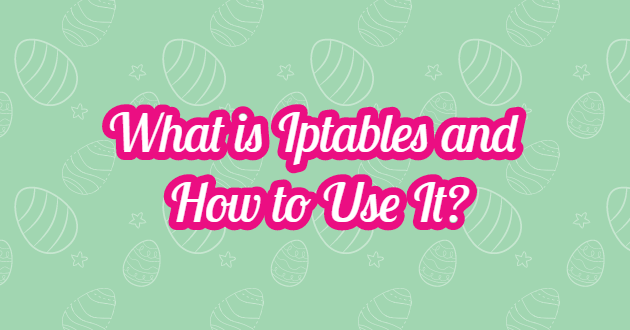 Iptables is a local firewall that uses the Netfilter framework infrastructure and comes with the Linux kernel for a long time.

How to use iptables?

Iptables has defined a chain for packets that come to the server, exit the server, and that the server routes. These chains are called INPUT, OUTPUT and FORWARD respectively. iptables allows the user to add rules to these chains and take certain actions when the inspected package complies with one of these rules. The package leaves that chain with the first rule it matches in a chain. When the packet matches, it either jumps to another user-defined chain or is DROP or ACCEPT.

When entering the rule regarding iptables or seeing an iptables rule, we will need to understand the graph below so that we can understand this. Of course, the diagram below is an understandable representation in its simplest form.

INPUT: It is checked whether an incoming package matches the rules in this chain structure during its entry to the user. If they match, the target option is applied.

OUTPUT: During the exit of a packet from the user, it is checked whether it matches the rules in this chain structure. If they match, the target option is applied.

FORWARD: If the packet is to be forwarded correctly to a new address, it is checked whether it matches the rules in this chain structure. If they match, the target option is applied.

PREROUTING: Pre-routing package header information is checked to see if it matches the rules in this chain structure. If they match, the target option is applied.

POSTROUTING: After routing, it is checked if it matches the rules in this chain structure in order to organize the package header information. If they match, the target option is applied.

This table is listed by default when we list filter: iptables. This table contains the INPUT, OUTPUT and FORWARD chains. It handles rules such as whether the package will go or drop it.

security: It processes the necessary rules for the Selinux security module. There are INPUT, FORWARD, OUTPUT chains.

We can summarize the table/chain structure as follows.

To determine if a package matches a rule, it will be necessary to compare a value specified in the rule by the user with the value in the package. For this, we can use one of the options below.

–Source (-s): If the source IP in the package and the IP specified in the rule match, the target option is applied.

–Destination (-d): If the target IP in the package and the IP specified in the rule match, the target option is applied.

–Protocol (-p): If the target protocol in the package and the protocol specified in the rule match, the target option is applied.

–Source-port (–sport): If the source port in the package matches the source port specified in the rule, the target option is applied. – It is used with the protocol parameter.

-Tcp-flags: If the flag in the package matches the ports specified in the rule, the target option is applied. Used with the –protocol parameter.

–Input-interface (-i): If the packet comes from the specified interface, the target option is applied.

–Output-interface (-o): If the packet leaves the specified interface, the destination option is applied.

In addition to matching options, you can also use different matching options through modules. There are many modules that come in iptables by default. You can use them together with the –match (-m) parameter.

You can see the modules in the directory below.

Example of using the state module:

The state of the package that matches the rule is specified with one of the following target values ​​in that rule. Used with the –jump (-j) parameter in the rule.

DROP: The package is not accepted, it is dropped.

REJECT: The package is not accepted, it is dropped. Also, an ICMP message is sent to the packet sender. (see: Firewall Reject or Drop?)

RETURN: Sends the package back to the chain rule it came from and allows it to continue the filtering process from where it left off.

SNAT: Realizes the Source Nat transaction. IP and port range can be specified. It happens with POSTROUTING. SNAT is used if more than one exit IP is required to access the internet.

DNAT: Realizes the Destination Nat operation. It happens with PREROUTING. Multiple servers may want to use a single ip. For example, we can give the load-balancing process as an example. You can think of it as port forwarding.

SAME: It takes the same operation as SNAT, except it always uses the same address.

<User Defined Chain>: The package is assigned to a user-defined chain.

LEARN MORE  What is GNS3? GNS3 Setup on Windows 10

The rule added with the –append parameter is always added to the last row. If you want to specify the order, you can use the –insert (-I) parameter. For example, if we want to add it to the 1st row, we can use it as follows.

With the –replace (-R) parameter, you can change the values ​​in the rule to another value.

For example, the above rule changes the values ​​in the -s and -j position of the OUTPUT rule number 2. While entering the rule, take care to enter all the parameters, otherwise, those that are not entered will change to any.

Your entered iptables rules fly when your server is restarted. So the rules entered are on-the-fly.

In order to make it permanent, we will write the rules we have entered into a fixed file.

Then it is entered in /etc/rc.local file to start at startup to process this file on every reboot.

Clearing the rules in the chain

You can clean the chains in iptables with the –flush (-F) parameter.

Clearing the byte counters of the rules

You can see the number of bytes corresponding to the rule you have written by saying –verbose (-v). To clear this counter, you can clear it by saying –zero (-Z).

Changing the default policies of chains

Firewalls generally show two default behaviours. One accepts everything, rules constrain. Another is that nothing is accepted, it is activated by rule. You can change this default policy of your chain structure with the –policy parameter.

-J REDIRECT is used to route the incoming packet. The pattern is as follows.

How to use iptables with examples

In systems where usability is prioritized, the default action is determined as ACCEPT with the default ACCEPT concept and the services to be blocked are added one by one with the DROP rule. Let’s try to understand how to use iptables with examples.

In the screen output below, first, the existing rules are deleted, then the default INPUT and OUTPUT default actions are ACCEPT, and the FORWARD default action is DROP. In fact, the firewall is effectively disabled, except FORWARD.

LEARN MORE  What Is Linux And Linux Fundamentals with Examples

If connecting to the server remotely, if the default DROP rule is added to the INPUT chain without allowing the SSH port, access to the server will be lost. In this case, we can add the SSH rule to the chain first.

After we specifically allow SSH, we can now switch to default DROP in the INPUT chain. By switching to default DROP, we will run a web server on the server and try to access it from outside.

As you can see, the TCP connection request made to port 80 has been timeout after waiting for a few minutes. Since the package was DROP by the kernel, no positive/negative response was returned to the client about the request made, the package is officially trashed.

The reason for using DROP instead of REJECT is to give the malicious people who want to scan the network the least possible information about the IP / port and in the longest time. However, there is not much difference with the parallel scanning of the ports with the developing tools.

Finally, with iptables, you can also filter by a specific IP or network interface (eg eth0). Below, the webserver is configured to only accept traffic from 192.168.254.129 and the request from localhost was answered negatively.

The common use of Netfilter and iptables is packet filtering. Although these are known as Firewalls, they are also used to perform different and useful functions in Linux. 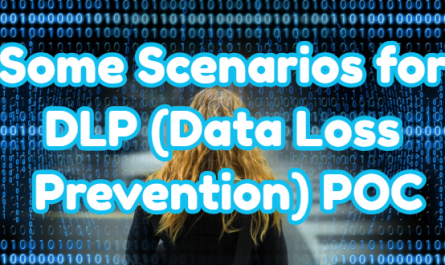 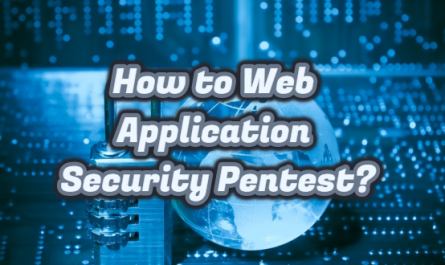 How to Web Application Security Pentest? 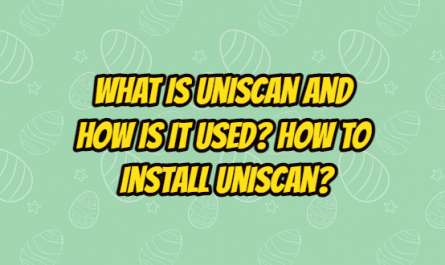 What is Uniscan and How is it Used? How to Install Uniscan?